The BBC reports that the Liberal Democrat party are proposing a £10,000 grant for every adult in England to put towards education and training.

The money would go into a "skills wallet" over a period of 30 years, to help with the cost of approved courses.  The party says it would pay for the policy by reversing government cuts to corporation tax - returning the business levy to its 2016 rate of 20%.  Labour and the Conservatives are also expected to announce policies to boost lifelong learning.

"In an ever changing workplace people often need to develop new skills, but the cost of courses and qualifications shuts too many people out."  He said his party would "create a new era of learning" for adults through the plan, and "empower people to develop new skills so that they can thrive in the technologies and industries that are key to the UK's economic future and prosperity".

For rural areas, however, having the ability to pay for lifelong learning doesn’t necessarily mean that it will be accessible!  Young people from rural areas often experience difficulties getting to Further Education colleges.  This has not been helped where FE Area Reviews have resulted in college mergers.  For some this means undertaking long or complex journeys to get there and back, whilst for others it means a compromise on the course topics they take.

The Rural Services Network is calling on the Government to produce a Rural Strategy so that there is a comprehensive plan to support those living in the countryside.  Poor public transport links may mean that rural residents are not able to access courses or study opportunities due to the lack of availability in rural areas.  In order for this policy to be successful, there needs to be a Further Education system available and accessible to those in rural areas so that the skills of those living in the countryside are not left behind those in urban areas. 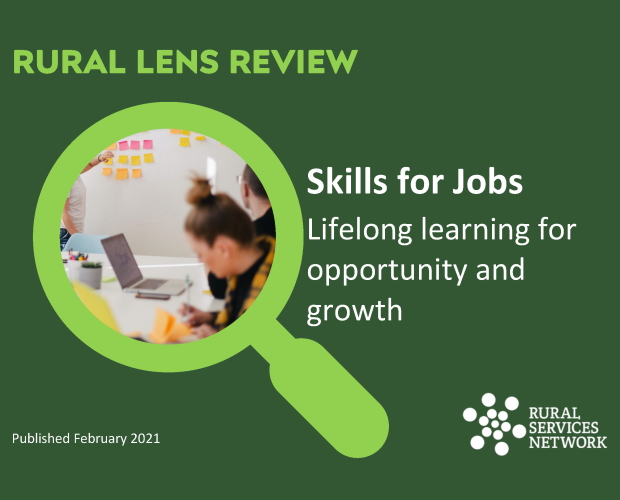