Agreed as a correct record.

Agreed as a correct record.

Noted. Those who had attended either of the first two agreed that they had been successful and welcomed by the participants.

Graham Biggs detailed the position following discussion with the Minister for Local Government, Rishi Sunak MP, and with DCLG officials.

It was clear that the Minister and MCCLG were, quite unexpectedly, looking for updating of the rurality case involving further research. Sounding had been made and the likely cost of a detailed research brief was £30,000 to £35,000.  This sum was far greater than the £8.5k allocation which was currently budgeted and was allocated to the Fair Funding Review/Business Rates Retention proposals, generally. The only way for such detailed work to be undertaken would be for a call for voluntary contributions to be made.  This could be incorporated into the annual charge invoices which were due to go out shortly at a voluntary contribution of £350 per Sparse Rural authority.  It would then be for Sparse Rural members either to pay the invoiced amount or to ask for a revised invoice removing the contribution.

The Executive discussed the situation in very considerable detail.  It was very much appreciated that it was difficult asking for additional money even if it is a relatively small amount at this stage but these was no other alternative if the campaign was to move forward and the apparent gains achieved so far turned into increased funding for member authorities.

The Executive agreed without  opposition against to proceed with the call for voluntary contributions across all members in the Sparse Rural grouping.

The questionnaire results suggested rural areas were being poorly serviced with regard to preventative and early intervention measures and the sustainability of care markets in rural areas.  These were major concerns that seemed to revolve around access to facilities and ease of transport.

This matter was on the agenda for the Health & Care Group meeting on 9th April.

A draft was circulated and agreed by the Executive.  This would be sent out to all members as part of the services provided by the RSN.

The previous meeting had asked whether it was possible to introduce a discretionary service which would be available at extra charge.  Officers had been asked to investigate whether a local plan statistical service could be created.  After consideration they felt that only the neighbourhood service to parishes had potential and this was already given gratis.

A possible alternative was around economic data It was decided to  discuss this on the 22nd May.

The paper submitted was formally agreed by the Executive. It was on the Agenda for the Health & Care Group on 9th April

Again, this paper which had been sent in in accordance with the consultation deadline was attached to the agenda formally agreed.

Members considered the draft put before them. They preferred the evening session to continue at the Queen’s Hotel, Cheltenham and decided on a conference fee of £200 for members and £250 for non-members with early bird discount rates

Graham Biggs took members through the budgets in relation to the 3 financial years. These were approved

The Executive considered this item in respect of the new regional meetings.  It was felt it would be helpful to have a dedicated regional chair for the North East.  It was agreed the Corporate Director would approach Northumberland and Durham to see if a councillor would come forward.

Derrick Haley announced that he would be standing down as a Vice Chair at the November AGM and, in the meantime, he would appoint a Deputy. Derrick was warmly thanked for his contributions to the Executives work over the years.

It was decided this matter would form a major agenda item for the 22nd May meeting.

It had not been possible to achieve a co-ordinated approach to rural Brexit issues as the consensus was for individual actions whilst remaining in contact and continuing to share information etc.

Accordingly, it was  agreed that the Rural Services Network, as the national champion for rural services, would, in that role, try to ensure that rural areas had a strong voice post Brexit, by producing a Rural Strategy (with evidence to support the proposals) seeking outcomes that provided social  economic and environmental viability.  Brian Wilson was asked to  further develop the template considered by the Roundtable meeting which would be subject to wide consultation.

The Director reported that this had been successful.  Some 80 people had attended.  It was felt that it had demonstrated that such a day would be welcomed on an annual basis at Westminster, allowing it to be held again next January as a Rural England event.

Out of the day a Rural MPs group looking specifically at rural vulnerability issues had emerged.  Some 40 MPs had agreed to join this group and a first meeting was planned for June.

Two meetings had been held to date in the West Midlands and the South West.  It was felt that with longer notice the events might be even more successful in future years.  Those attending had on the whole valued involvement nearer their “patch”.

It had been decided that both the West Midlands and the South West would share a common theme.  This would be about  looking to identify and promote stronger and more rurally orientated health indicators.  This would mean some member involvement in vetting this particular topic through email communications between the annual meetings.

Again, a successful event with Peers wishing to be engaged on rural issues and also by inclusion in APPG meetings.

Transport: John Birtwistle detailed discussions he had had.  This  would, lead to a slot for the main meeting in June.  Further work would be undertaken in this regard over the coming weeks.

This  was changed from 11th June and will now be held on Tuesday 22nd May. 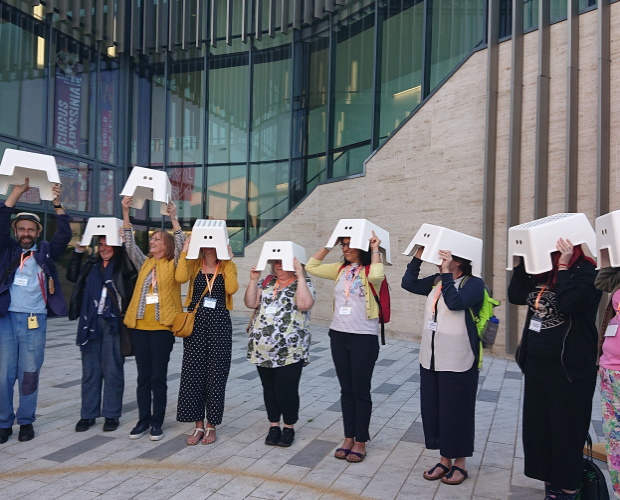