What could be in this year’s Queen's Speech relevant to rural areas?

The State Opening of Parliament on Tuesday 11 May, marks the formal start of the parliamentary year. During the ceremony, the Queen’s Speech allows the Government to set out its priorities and programme for the coming session, including the legislation that it intends to pass. Politically, the occasion of the Queen’s Speech is important because it is a test of the Government’s ability to command the confidence of the Commons.

Following the speech, debate in the Commons takes place over six sitting days, with each subsequent day’s debate centred around a theme, which is usually chosen by the Leader of the Opposition. Any MP can table an amendment to the address, or sign an amendment tabled by another MP in order to show their support. These can only be debated and voted on during the final two days of debate, with the Speaker able to choose a maximum of four amendments for debate.

Last year in our Rural Lens Review of the 2021 Queen’s Speech we identified the following as legislation we would need to review to consider rural impacts:

The 2021 Queen's Speech identified very many other areas where the Government intended action – but not new legislation in the Parliamentary session concerned.

For a bill to be ‘carried over’ into the next session, a motion must be agreed by the Commons.

Neither the Procurement Bill or the Planning Bill were taken forward last year but may be introduced via the 2022 Queen’s Speech.

Click here to read our full in depth review of what may be appearing in the Queen's Speech this year, relevant to rural areas

This review includes discussion on areas such as Home Education, Access to Cash, Levelling Up and implications for Local Government.

A hub for the village: how locals are buying up pubs at risk of closure 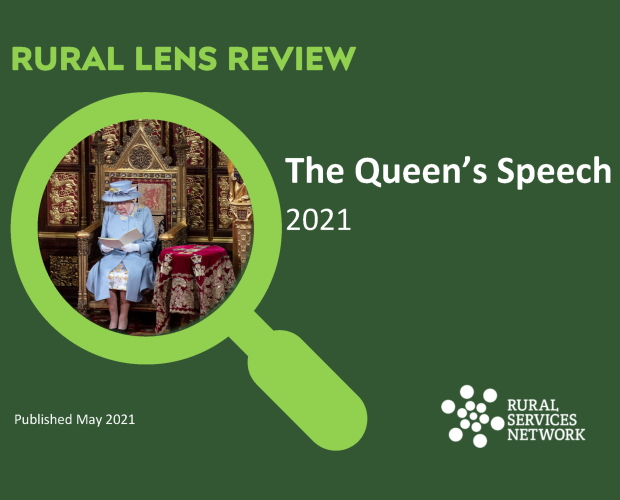 Rural Review of the Queen’s Speech 2021