Cotswold District Council set up a befriending and support service for isolated and lonely older people who live in the south of the district.

Cotswold District Council has set up a befriending and support service for isolated and lonely older people who live in the south of the district. This scheme, the management of which has passed to Gloucestershire Rural Community Council, is one of three linked schemes in the district.

Cotswold is a sparsely populated district with an above average proportion of its population from older age groups. Many of them live in rural areas with only limited access to services.  Councillors and officers recognised that issues of isolation and loneliness could, in turn, adversely affect the health of elderly residents.

The Council's objective was therefore to create a cost-effective scheme which would improve independence and quality of life and, by so doing, would reduce demands on acute health care services.

In 2008 Cotswold District Council took advantage of the opportunity arising from up to £75,000 of additional income it received by reducing the Council Tax discount on second homes in order to support older people's services. A key part of that has been the establishment of a befriending and support scheme in the south of the district, which is called 'People for You'.

The scheme has trained a pool of 49 volunteers who can visit isolated and vulnerable older people on a regular basis. They are supported by a part-time paid co-ordinator. The volunteers offer friendship, a listening ear and practical help. Twelve of the volunteers joining the pool are awaiting clearance to begin.

Referrals to the scheme come from the individuals themselves or from their friends, neighbours and health care professionals. There are currently 37 clients receiving help and a further 20 are on the waiting list.

The client base is predominantly female, which is partly due to demographic factors and partly because women seem more enthusiastic to engage with the scheme. That said, there are 9 male clients and 5 male volunteers at present.


The volunteers, who are all CRB checked and who receive regular training and support, range in age from 21 to 91.  They visit one or more clients each week, typically for about two hours per visit. The co-ordinator carefully matches each volunteer to their client(s). As a result very few volunteers have dropped out of the scheme and high levels of client satisfaction are achieved. The relationships are flexible, but bounded, and feedback suggests that the volunteers as well as the clients enjoy the friendships they have formed through the scheme.


In 2010, when district council funding was due to come to an end, management of the scheme transferred smoothly to Gloucestershire Rural Community Council. That organisation is described as having "lots of credibility at a community level". Moreover, it has been able to make useful links with the Village Agent scheme that it was already operating.

There are two other similar schemes running elsewhere in the district – Cirencester Good Neighbours and Befriending in the North Cotswolds – which have links with People for You.

That the clients enjoy the friendship and assistance the scheme provides is evident from the many positive responses cited in the District Council's scheme evaluation report. Their comments highlight the extreme loneliness that elderly people can experience and the pleasure given by an occasional trip out, by borrowing a book or by just knowing that there is a visit and chat to look forward to.

There are also tangible benefits to health.  Whilst these are difficult to quantify precisely, work carried out by the Young Foundation has estimated the annual cost of treating an elderly person for depression at £2,800 and the cost of a fall at £2,200. Those indicative figures suggest that 'People for You' is highly cost-effective in terms of reducing health care needs. Certainly the scheme has attracted positive responses and endorsements from local health care professionals. It is hoped that the GPs in their new commissioning role will see such schemes as having a serious value in preventing long term conditions.

Although the initial funding from the District Council was for a two year period, it was careful to ensure that the scheme could continue to operate in the longer term. In 2010 it was transferred to Gloucestershire Rural Community Council, which is a registered charity and so has been able to tap into funding streams not available to the district. The scheme is now supported by donations from two charitable foundations and that arrangement is in place until 2014.

The total cost of the scheme in 2011 was just under £24,000. This included staffing (including co-ordination and management) costs of slightly less than £22,000.  Whilst the volunteers are able to claim travel costs, only a very few have actually done so and their expenses amounted to roughly £600 for the year.

'People for You' offers a good example of a district council identifying and responding to the needs of a vulnerable group of its residents and then working closely with the voluntary sector to secure a cost effective way to sustain delivery.

It is felt to be easier to develop this type of scheme in an urban area because of the critical mass of clients and volunteers. In rural settings the District Council says that it is important to keep things very local, to tap into the movers and shakers within communities that you know about and then to pass on that experience to other settlements. The scheme has to grow.

Befriending schemes have a proven track record and research is very positive about what is achieved in terms of mental stimulation and physical health. Informal networks will exist within communities, but the formalisation of the scheme means that volunteers receive proper training, the feeling of being part of a team and in a recognised activity. It is a win-win for everyone involved. 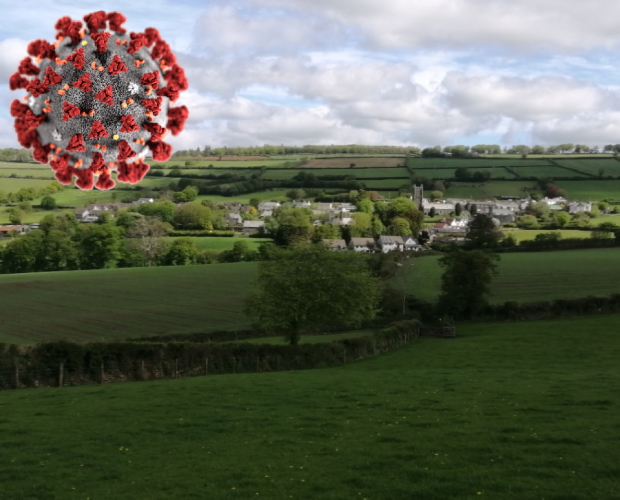