‘Keep It Simple’ – Rural councils and service providers call on government to ensure Levelling Up funds are allocated fairly, transparently and based on need

4th August 2021: The way in which the government is allocating funds for its flagship ‘Levelling Up’ programme is failing to properly recognise the needs of rural communities – according to new research published today by the Rural Services Network, the national champion for rural services.

The report, Towards the UK Shared Prosperity Fund, finds that prioritisation of the Levelling Up Fund has favoured non-metropolitan urban locations, especially in northern England’s ‘Red Wall’, while many other areas of similar need are overlooked.

Large swathes of rural central and southern England, (and indeed northern rural areas) including those that received funds through previous EU-backed programmes, are now seen as a low priority.

Only 18 rural districts were placed on the government’s priority list of 123 local authorities for its Levelling Up Fund. This independent research shows that the number should have been as high as 27 if low standards of living in rural communities were properly accounted for.

The report’s authors, economists and researchers from Pragmatix Advisory, argue:

“The Levelling Up Fund is the latest in a line of UK government-funded programmes to disadvantage rural communities – partly the result of Whitehall’s choice of data on which they make their selections.

“Although detailed, the government’s complex algorithms for allocating funds remain partial, judgemental and, too often, confused.

“The Levelling Up Fund prioritisation framework, for example, considers the number of empty commercial properties, but does not account for the quality of schools. It looks at physical connectivity but does not take into account digital connectivity like broadband speeds or availability.”

The report calls for a new, transparent and straightforward process for the geographical prioritisation and allocation of the UK Shared Prosperity Fund, which launches next year to replace regional economic development funding previously distributed under European Union programmes.

The authors recommend that future Levelling Up funds, including the UK Shared Prosperity Fund, should be allocated between local authorities on the basis of an assessment of living standards achievable by people living and working in each district.

“Currently, the way in which government allocates spending spatially is failing to unlock the opportunities rural areas can offer to the nation.

“Whitehall needs to keep it simple. Allocate Levelling Up funds to where living standards, and economic opportunities, are lowest – regardless of whether these are in the North or the South, or in towns, cities, conurbations or in countryside.

“The process simply needs to be fair, transparent and demonstrably based on need.

“Wages are lower in the countryside, but many of the living costs are higher. So rural standards of living, especially for those who can’t afford or are unable to commute to the cities for work, are low. If the government used an objective measure of living standards, more money should be being targeted at levelling up rural communities.

“If government economic and structural development funds were prioritised and allocated on the basis of local real incomes, there would be a clearer line of sight from the levelling up objective through to action on the ground. And more rural locations, which have had their needs obscured in and been disadvantaged by recent funding rounds, would benefit from a fairer distribution of national funds.” 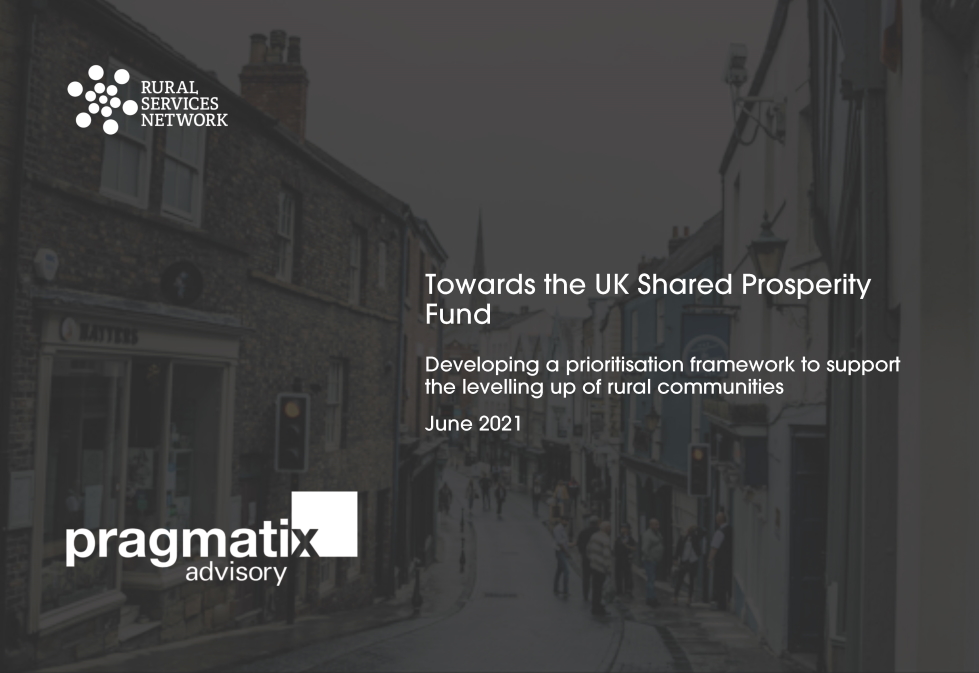 Concern that Cornwall is being 'levelled down' by the Government